Some years ago, the wife of one of my key leaders was diagnosed with a cyst in her womb that the doctors said had to be removed by surgery. She was told they might even have to remove her whole womb. Of course, this couple was very affected by the news. I met with them to pray with them and to partake of the holy Communion.

Honestly, I didn’t feel any faith when I prayed for them. In fact, I felt quite helpless. But I heard the Lord telling me to rest. I heard Him telling me not to even try to use faith and to simply rest in His faith. So I simply said, “Growth, I curse you to your roots in Jesus’ name. Be plucked out by your roots and be thrown into the sea.” At the same time, I also prayed the Lord would cause her youth to be renewed like the eagle’s.

A few days later, she had a final scan before her surgery. And guess what? Her gynecologist said the whole growth had simply disappeared and that it was a miracle! But the Lord didn’t stop there. Her monthly period had actually stopped for some time, but soon after I prayed for her, it returned. The Lord had renewed her womb and her youth. Hallelujah!

I felt no faith when I prayed for her, but her healing was not dependent on what I felt about my faith. Don’t look at your own faith and think, I don’t have enough faith for the breakthrough I need. Faith is nothing more than looking to Jesus.

There were only two individuals in the Gospels whom Jesus described as having “great faith”: the centurion who believed Jesus only had to speak a word and his servant at home would be healed (Matt. 8:5–13) and the Syro-Phoenician woman to whom Jesus said, “O woman, great is your faith!” (Matt. 15:21–28).

And neither of them was conscious of their own faith.

Don’t worry about whether or not you have enough faith. Just look to Jesus. Spend time in His presence. Watch or listen to sermons that are full of Jesus. When you touch Jesus, you touch faith because He is the author and finisher of faith (Heb. 12:2). The Bible declares He is faithful, and He will not allow you to go through more than what you can bear (1 Cor. 10:13). He will carry you through. 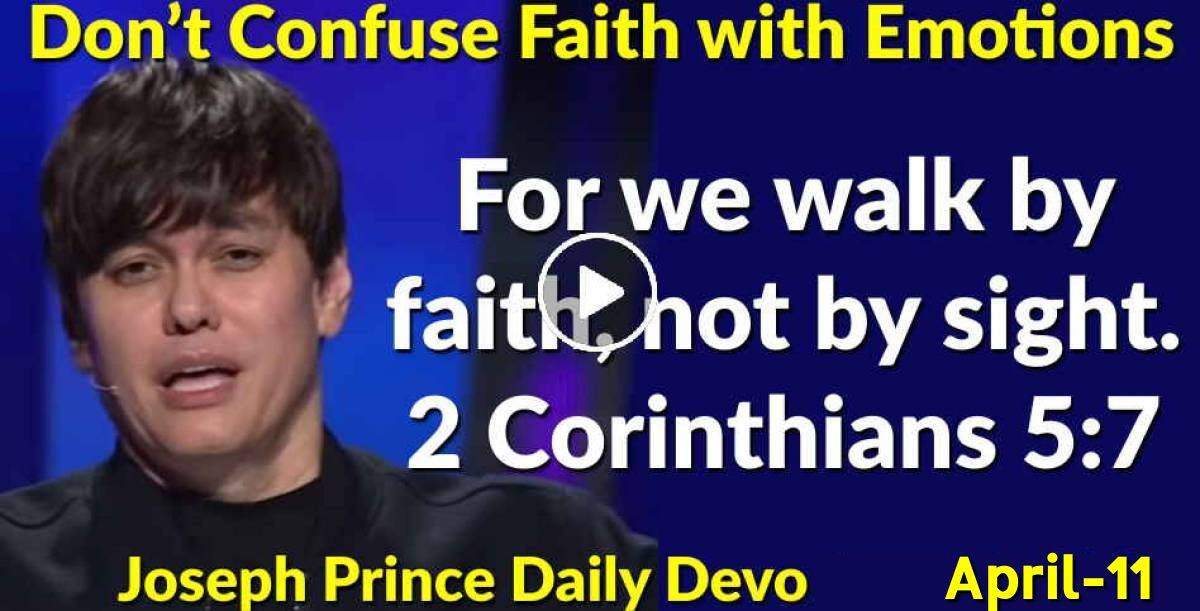