Christ is become of no effect unto you, whosoever of you are justified by the law; ye are fallen from grace. Galatians 5:4 KJV

What comes to mind when you hear the phrase, “fallen from grace”? Today, when someone sins, ministers say that the person has “fallen from grace.” Yet, interestingly, when the apostle Paul wrote to the church at Corinth, he never told the Corinthians that they had fallen from grace despite all their sins.

Today’s scripture gives us the true definition of “falling from grace.” It tells us that to fall from grace is to fall into the law, that is, to try to be justified by obeying the law. Notice from here that grace is the high ground. In other words, when you are under the law, you have fallen from your high ground of grace. In the same way the mercy seat in the ark of the covenant is positioned above the Ten Commandments, so falling from grace is to go back to the Ten Commandments.

I want you to know what the Scriptures really say about falling from grace so that you don’t rob yourself of the power to reign in life. When you fail, don’t have this idea that you have “fallen from grace” and then try by your own efforts to get back into “the good graces” of God. No, God’s grace cannot be merited, earned, or deserved. It can only be received. And you become a good receiver of His grace that empowers you to reign in life when you come to the end of yourself—to the end of your own efforts to save yourself. When you see your need for Jesus and receive and rest in His finished work (especially when you have failed), that is when God’s undeserved favor—His saving grace—is unleashed in your life.

Miriam, who lives in Texas, found this to be so true in her life:

Pastor Prince, I was a believer for a long time but was very frustrated in my Christian walk because I was not living a victorious life. I was angry at the church, angry at God, and questioning what this life in Jesus Christ was about. I was also angry with my family, particularly my son for his rebellious behavior. According to the teachings I’d received and what I was doing to obey them, everything was supposed to be smooth going.

I started taking early morning walks and pouring my heart out to God. I told Him how frustrated I was and asked Him to show me where I’d gone wrong. I also told Him that I couldn’t love my son for what he was. I asked God to love my son, because even though I couldn’t, I knew He could.

I gave Him all my anger and started to see improvements in those areas where I had struggled. I told God I just wanted to live the life Jesus came to give me, because I didn’t believe Jesus went through the horrible death for me to live a defeated life.

Shortly after that, I read a book of yours and realized that I was living under a mixture of law and grace. I began learning to keep my eyes on Jesus’ finished work and to rely on Him for the kingdom life. No one had ever taught me the grace of our Lord Jesus and the love given to us by Father God through the finished work of His Son, and I had never understood what living a new creation life in Christ Jesus was.

I’ve since learned that it’s not about my trying to believe or my trying to be good to earn God’s grace. I’ve learned that it’s a free gift, and my response now is always, “Thank You, Father God, for loving me so much and giving me this abundance of Your grace and the free gift of righteousness through Jesus Christ.” Your teaching of the grace of our Lord Jesus has changed my focus to see Jesus’ love and finished work. My heart’s desire is to be the light in the world, representing Jesus in spirit and in truth, and to be transformed into His image by the Holy Spirit from the inside out! And praise God, my relationship with my son has been restored because I allowed Father God to love him. Now, I always see my son through His eyes.

My friend, just as Miriam did, it is time for you to come out of mixture, confusion, and defeat. It’s time to break free from the crippling grip of all that has held you back. How? By falling into the arms of grace. Grace is the high ground that God wants you standing upon. Only the grace of God has the power to get you out of the cycle of sin and failure. The good news is, you can embrace the undeserved, unearned, and unmerited favor of our Lord today and begin to have dominion over sin! 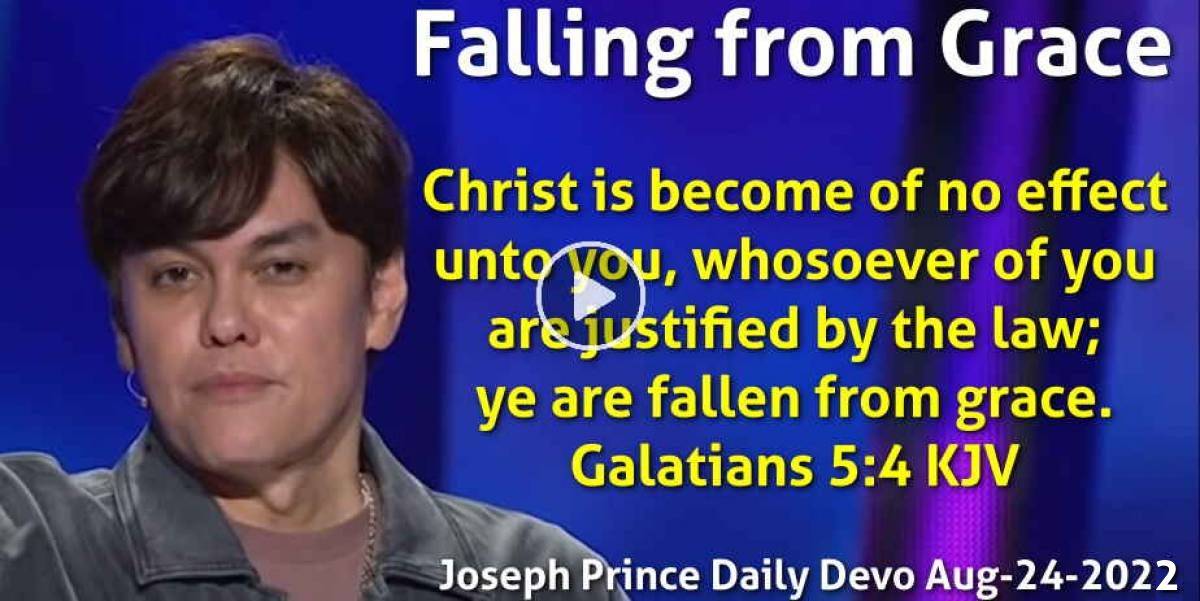