Joseph Prince (January-23-2022) Daily Devotional: God Loves It When You Ask of Him

“Ask, and it will be given to you; seek, and you will find; knock, and it will be opened to you. For everyone who asks receives, and he who seeks finds, and to him who knocks it will be opened. Or what man is there among you who, if his son asks for bread, will give him a stone? Or if he asks for a fish, will he give him a serpent? If you then, being evil, know how to give good gifts to your children, how much more will your Father who is in heaven give good things to those who ask Him!” Matthew 7:7–11

There was a man in the Bible by the name of Jabez. His name was rather unfortunate. It means “sorrow” because his mother “bore him in pain” (1 Chron. 4:9).

What a name to have! But Jabez cried out to God, “Oh, that You would bless me indeed, and enlarge my territory, that Your hand would be with me, and that You would keep me from evil, that I may not cause pain!” (1 Chron. 4:10).

Some preachers claim that believers should not pray “selfish” prayers for themselves to be blessed. Jabez’s prayer would probably fall under their definition of a “selfish prayer” as it was all about him asking God to bless him, enlarge his territory, be with him, and protect him.

But God didn’t reprimand Jabez for asking Him for these blessings. Without any fanfare, the Bible in the very same verse simply records that “God granted him what he requested.”

That was all. No drama, no long list of what Jabez had to do or not do. It’s really that simple. God heard his prayer and granted his request! No rebuke, no instructions, no “Jabez, if you want Me to bless you, you must first do this.”

No, God honored the man’s faith and turned his sorrow into joy and his pain into blessings—all because he had an unshakable confidence in how good God is and asked big!

My friend, have a good opinion of God. He is not out to get you. He loves you and desires to unleash His favor into every area of your life. He loves it when you call upon Him. And He promised that He would answer when you do. Just see Him declaring to you Jeremiah 33:3: “Call to Me, and I will answer you, and show you great and mighty things, which you do not know.”

My friend, it gives your heavenly Father great joy when you ask Him. It’s His good pleasure to bless you as well as your family (Luke 12:32). Stop being held back by erroneous beliefs about God, and start asking Him for whatever is on your heart today! 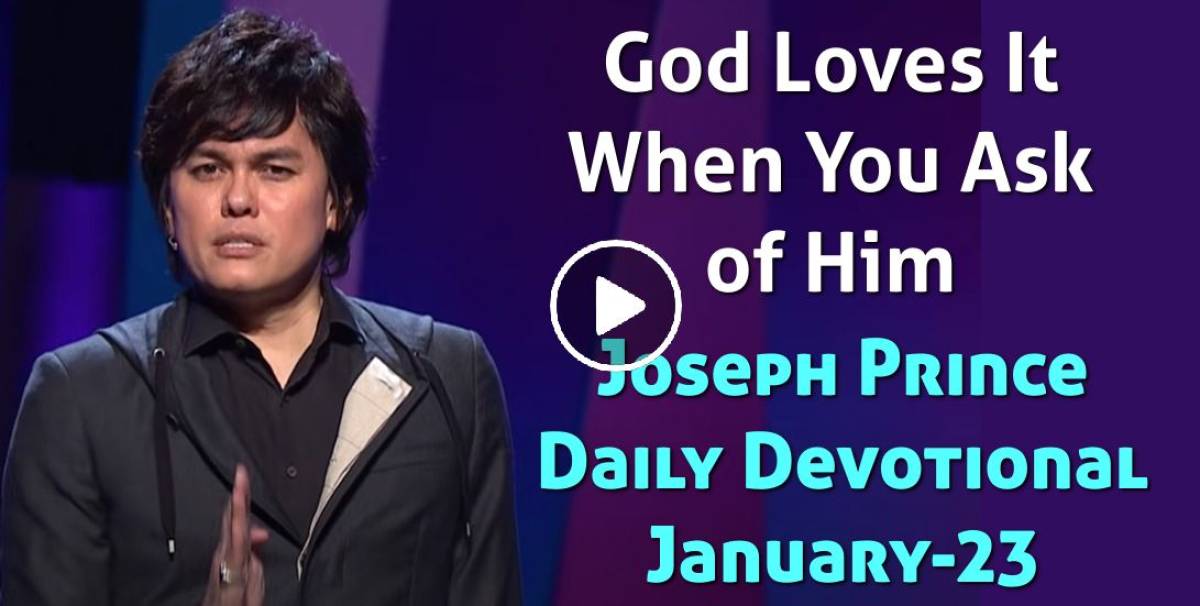