Joseph Prince (October-30-2019) Daily Devotion: HE IS THE GOD OF YOUR VALLEYS TOO.

Kings 20:23 - Then the servants of the king of Syria said to him, “Their gods are gods of the hills. Therefore they were stronger than we; but if we fight against them in the plain, surely we will be stronger than they.

In 1 Kings 20, we find the Syrians being defeated by the Israelites. Then, some of the Syrian king’s advisers gave the king what they thought was the reason for their defeat. They said that they had fought on the hills and lost because Israel’s God is the God of the hills. So if they were to fight the Israelites on the plains or in the valleys, they would win.

What stupid advice! They thought that the God of Israel only helped His people up in the hills and mountains, and not down in the valleys.

Now, mountains refer to our good times, and valleys, our bad times. Some people have this idea that God is the God of our good times, but He is not there when we are going through bad times. They think that He leaves us helpless in the valleys, especially when the troubles are of our own making.

God the Son laid aside His crown of glory, His royal majesty and came down for us, stepping into a human body as a baby. He came down to where we were for the sole purpose of dying on the cross for our sins, so that He could bring us up to what God the Father has for us at His right hand. Jesus came down to crown us with glory and honor, to clothe us with robes of righteousness and make us His bride, sharing everything that He has with us. That is the grace of God. He came down to our valley.

So whatever you are going through right now, know that God is right there in your valley with you. He is holding you in His arms and carrying you through the valley. Victory is already yours. Just as the Israelites were also victorious in the valley (see 1 Kings 20:28–29), so will you be because the God of the valleys is right there with you! 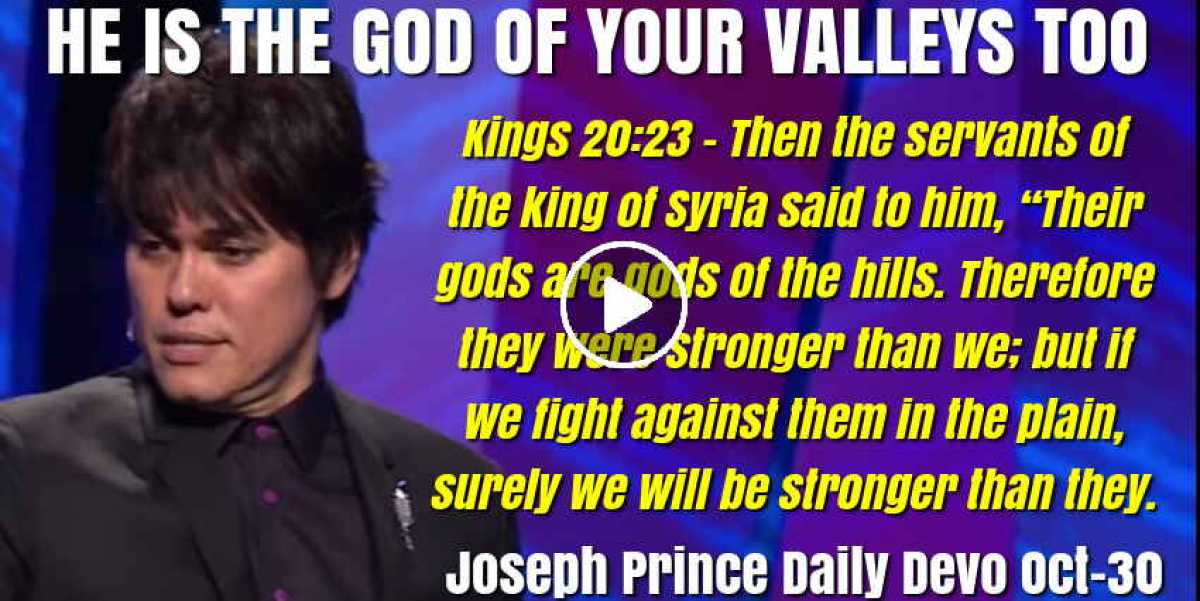