Then Peter, turning around, saw the disciple whom Jesus loved following, who also had leaned on His breast at the supper, and said, “Lord, who is the one who betrays You?" John 21:20

I used to think that among Jesus’ 12 disciples, John was the Lord’s favorite disciple and the one who was the closest to Him because the Bible calls John “the disciple whom Jesus loved.” I was under the impression that John had a special favor with Jesus, and always wondered what made him so special that he stood apart from the other disciples. Don’t you want to be known as the disciple whom Jesus loves? I do!

Then one day, when I was reading God’s Word, the secret of John’s favor dawned on me. The Lord opened my eyes and showed me that the phrase “the disciple whom Jesus loved” is actually found only in John’s own book! Check it out for yourself. You will not find this phrase being used in the Gospels of Matthew, Mark and Luke. It is found only in the Gospel of John. It is a phrase that John used to describe himself!

Now, what was John doing? He was practicing and personalizing the love that Jesus had for him. We are all God’s favorites, but John knew the secret of accessing Jesus’ unmerited favor for himself. It is your prerogative to see yourself as the disciple whom Jesus loves, and to call yourself that!

When I started to teach that the secret of John’s favor lay in his personalization of God’s love, the people in my church literally stepped into a new dimension of experiencing God’s unmerited favor in their lives. I have seen how some of them really took this revelation and ran with it. Some of them customized the wallpapers of their cell phones to say “The disciple whom Jesus loves,” while others signed off their text messages and emails with the phrase.

As they kept reminding themselves that they are the disciple whom Jesus loves, they began to grow in the consciousness of the Lord’s love for them. At the same time, they began to grow in being favor-conscious! I have piles of praise reports on how our congregation members have been so blessed just by being conscious of Jesus’ favor in their lives. Some of them have been promoted, some have received spectacular increments to their paychecks, and many have won various prizes at company functions and in other contests, including all-expense-paid vacations.

A brother from my church signed up for a certain credit card during a special promotion in which new applicants stood to win a range of prizes. There were probably hundreds of thousands of people who participated in this promotion, but this young man just believed that he was highly favored, and because of that, he would win the top prize.

The day of the draw came and true enough, this young man won the top prize—a stunning black Lamborghini Gallardo! When he wrote to the church to share his testimony, he enclosed a picture of himself smiling from ear to ear, posing with his brand-new Lamborghini. 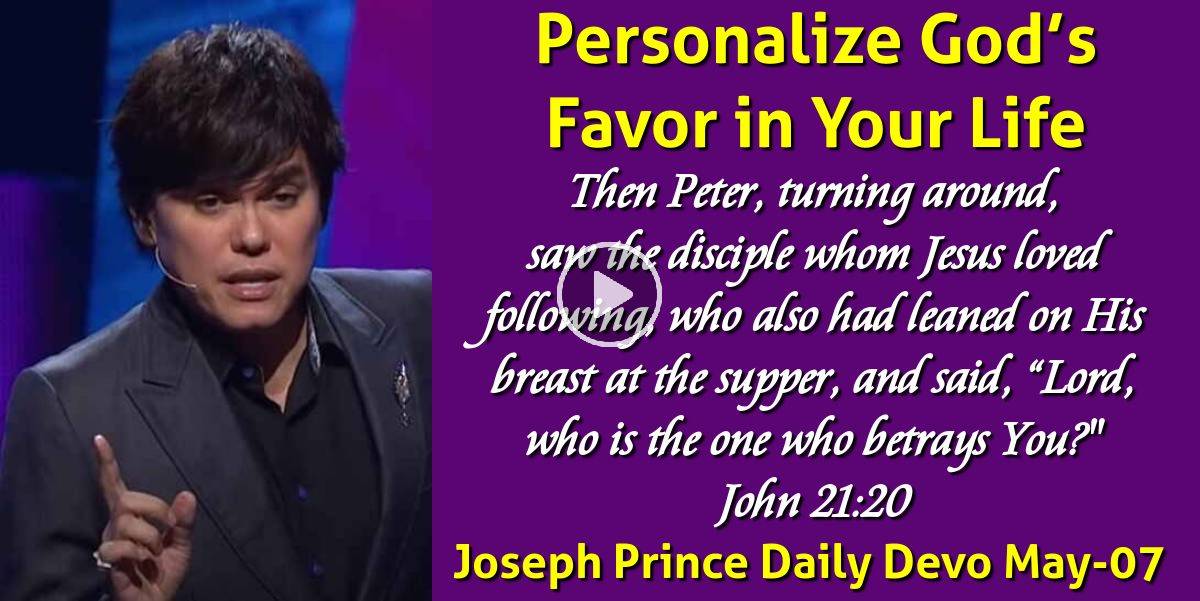