His divine power has given to us all things that pertain to life and godliness, through the knowledge of Him who called us by glory and virtue, by which have been given to us exceedingly great and precious promises, that through these you may be partakers of the divine nature. 2 Peter 1:3–4

Some years ago, I went to Israel with my pastors and we were introduced to a Jewish believer who became our guide. He shared with us how he was miraculously protected from the heavy gunfire during the fourth Arab-Israeli war in 1973.

Our guide had grown up believing the written Word—“A thousand may fall at your side, and ten thousand at your right hand; but it shall not come near you.” He believed that regardless of who fell around him, it would never happen to him. That was why as he stood exposed when the bullets tore past him, he did not fear even for a moment that any of the bullets would hit him.

In contrast, he told us about a friend in the army who had gone to the Israeli military academy together with him. During the Yom Kippur war, his friend told him this: “I’ve got a feeling that I won’t make it through this war. I just feel I’m going to die in this war.” Although our guide told him not to say such things, his friend continued. He believed he would die in the war as much as our guide believed that he would not. Sadly, this friend was indeed killed during the war.

The devil is known as “the accuser of our brethren” (Rev. 12:10). He will always try to keep you self-occupied and in fear. God wants you Christ-occupied and in faith! You might have a friend of the same age who perhaps died suddenly from an illness even though he or she had seemed healthier than you. The devil will try to plant fears in your heart that you are next. By now, you know what to do.

Beloved, the Lord Jesus sacrificed His life on the cross so that you can stand upon His promises and claim them for your life. They are all fully paid for by the blood of Jesus, and the Father will see to it that you enjoy them!

If you do not know what promises to claim, can I encourage you to start with the many promises listed in Psalm 91? Memorize Psalm 91 and when you are under attack, quote it the way our Lord Jesus quoted Scripture. Meditate on Psalm 91 and allow yourself to be fortified by this prayer of protection. There is such a power and authority that comes with quoting the pure and unadulterated written Word of God, and I invite you to start walking in that power and authority today! 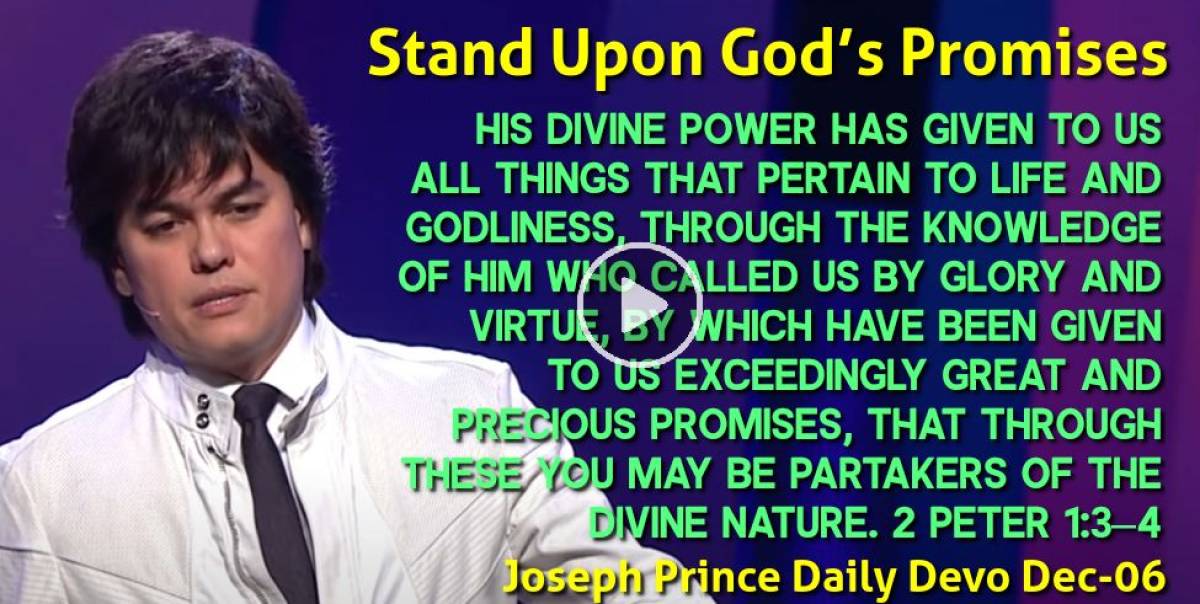