Philippians 4:19 - And my God shall supply all your need according to His riches in glory by Christ Jesus.

Are you facing a lack in any area of your life, be it finances, health or relationships? Know that in that very same area, God has already prepared His superabundant supply which will abound toward you, and on top of that, His grace and more of His grace!

In John 6:1–13, Jesus was with a large crowd of people who were hungry. The problem then was a lack of food. But Jesus knew that where there is lack, there is superabundant supply in His Father’s kingdom to overcome that lack.

They saw only the problem, the lack. But Jesus took the little, lifted it up as He looked to heaven and gave thanks to His Father, whose supply is so much more than we can ever ask for.

When Jesus started distributing the little that was in His hands, a miracle happened. Five thousand men, not counting women and children, ate as much as they wanted and for as long as they were hungry!

The supply kept flowing as long as the need was there. And after they were so filled, there were 12 baskets full of leftovers! That is God’s superabundant supply. In God’s kingdom, there is no such thing as the Father not having enough or not wanting to give abundantly to His children. No, He promises that He will supply all our needs according to His riches in glory by Christ Jesus! 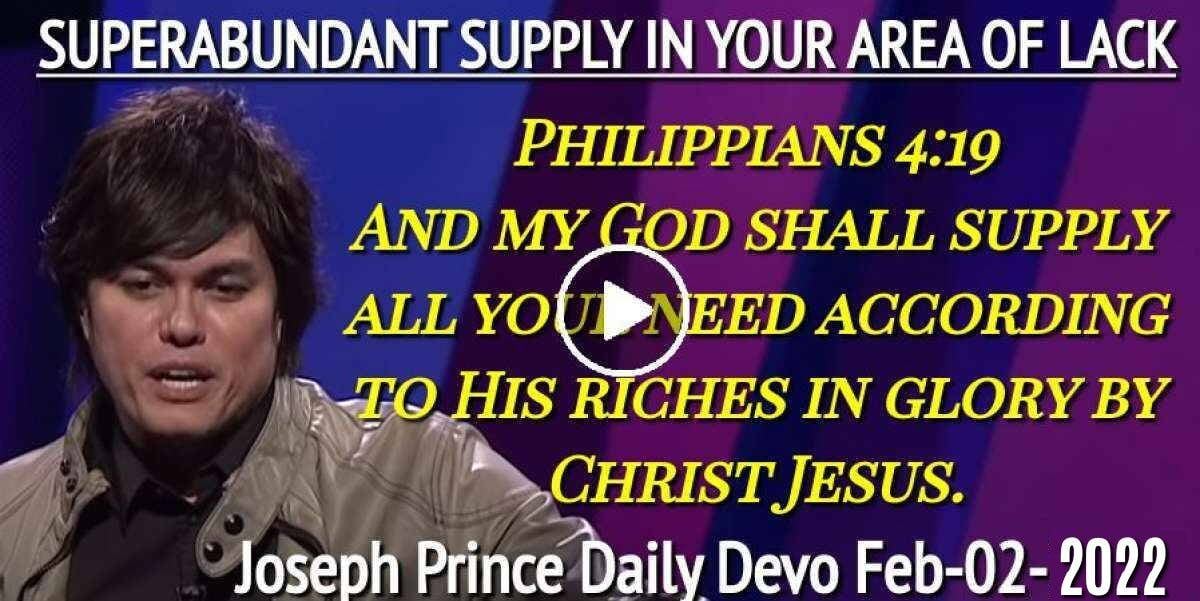