Joseph Prince (April-04-2022) Daily Devotional: The Reason for the Resurrection

Let me give you an illustration to help you understand the significance of Jesus’ resurrection.

Let’s say that you are living in a foreign country. One day, you happen to break a major rule of the land. You appeal to the king for mercy. He says, “A rule is a rule. I cannot bend the rule for you. What will others say about my integrity? However, if you can find a substitute to take your punishment—three months in jail—I will allow it.”

By God’s grace, you find a willing substitute. He goes to prison on your behalf and you don’t see him for some time. Days, weeks, and months pass by.

Now, how or when will you know that your crime has been fully paid for? When will you be able to rest easy regarding your crime? It is when you see your substitute walking free again!

When you see him out of prison, you will know that the sentence has been fully served. You will know that you are now justified and no one can bring a charge against you for your old crime. No longer will you be afraid of the king or his guards coming after you because you know that the one who was punished in your place is now walking free.

Beloved, Jesus, your substitute, paid the debt you could not pay. On the cross, He bore the sins of your entire life. God put it all on Jesus and then He punished Jesus for every single one of those sins until He was fully satisfied. And because He was so pleased with what Jesus had done, He raised Him from the dead.

Today, Jesus’ tomb remains empty. He is not there for He has risen! His resurrection and empty tomb will forever be our assurance that we have been fully justified. You no longer have to be afraid of God judging you for your sins. His justice is on your side today! 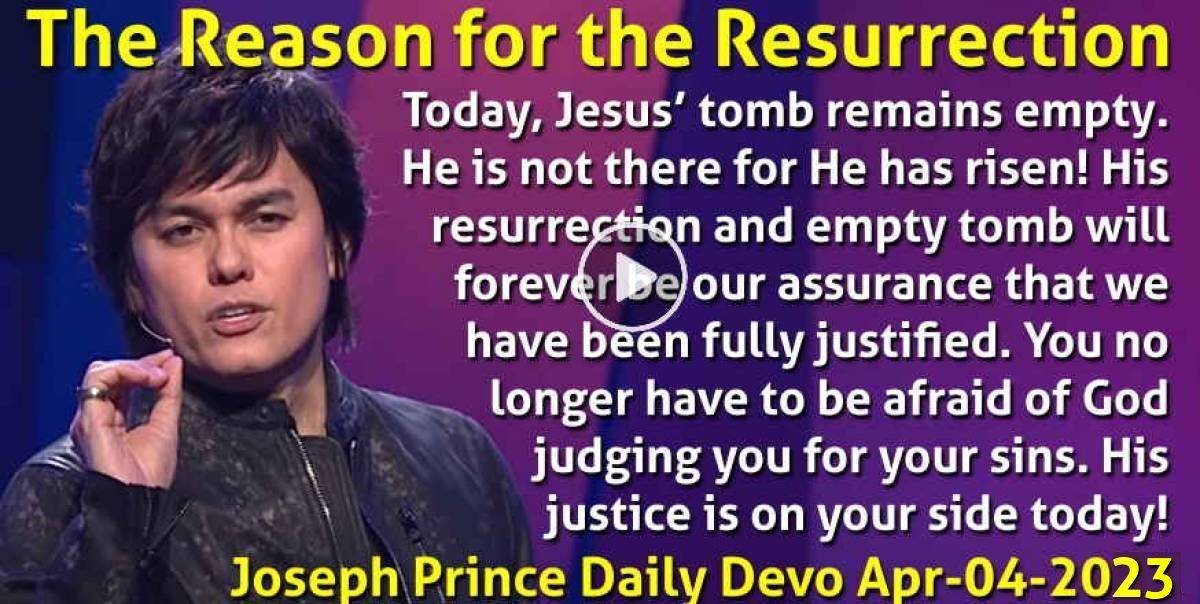