God is more willing to bless you than you are willing to be blessed! In fact, He is so keen for you to enjoy His abundance that in His mind, giving you over and above what you need is a settled matter.

A brother in the United States wrote in to share how he needed to buy a car, but had only half the amount of money needed. He kept calculating and strategizing, but the sums just weren’t adding up. He finally quit trying to make it happen and just rested in the Lord’s love and ability to provide for him. Weeks later, he was able to buy a car that was two years newer than what he had wanted, at exactly the amount that he had!

My friend, expect divine provision in your life because you are already richly blessed in Christ. Jesus took your place of poverty at the cross—“For you know the grace of our Lord Jesus Christ, that though He was rich, yet for your sakes He became poor, that you through His poverty might become rich” (2 Corinthians 8:9). In Him, you are poor no more.

So stop looking at the lack in your natural resources. Look to the cross and say, “Because of Jesus' finished work, I can expect to walk in all of His blessings!” 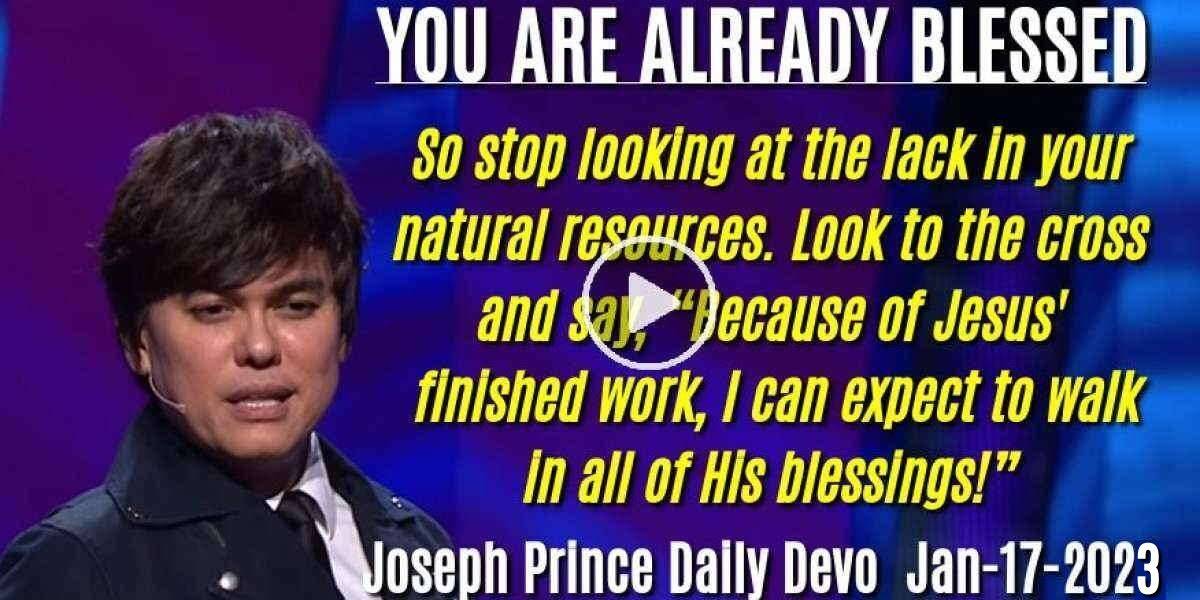