When David came against Goliath, he didn’t stand for hours looking at the giant wondering how to win the battle. The Bible says that he ran quickly to the battle line, all the time talking about the greatness of God and declaring his victory ahead of time. David didn’t run away from his giant— he courageously ran toward him.

Robert Schuller said, “If you listen to your fears, you will die never knowing what a great person you might have been.”

If David had run from Goliath, he would never have been king of Israel. He was anointed by God to be king twenty years before he wore the crown. During those years he faced his giants and proved that he had the tenacity to endure difficulty without quitting.

Did David feel any fear as he approached Goliath? I think he did. In David’s writings he never claimed to be free from the feelings of fear, but he chose to do it afraid, and God honored his faith!

Prayer Starter: Father, I know I have some giants that I need to face... please help me to be tenacious and to do it afraid. Thank You for having my back in every battle. In Jesus’ Name, amen. 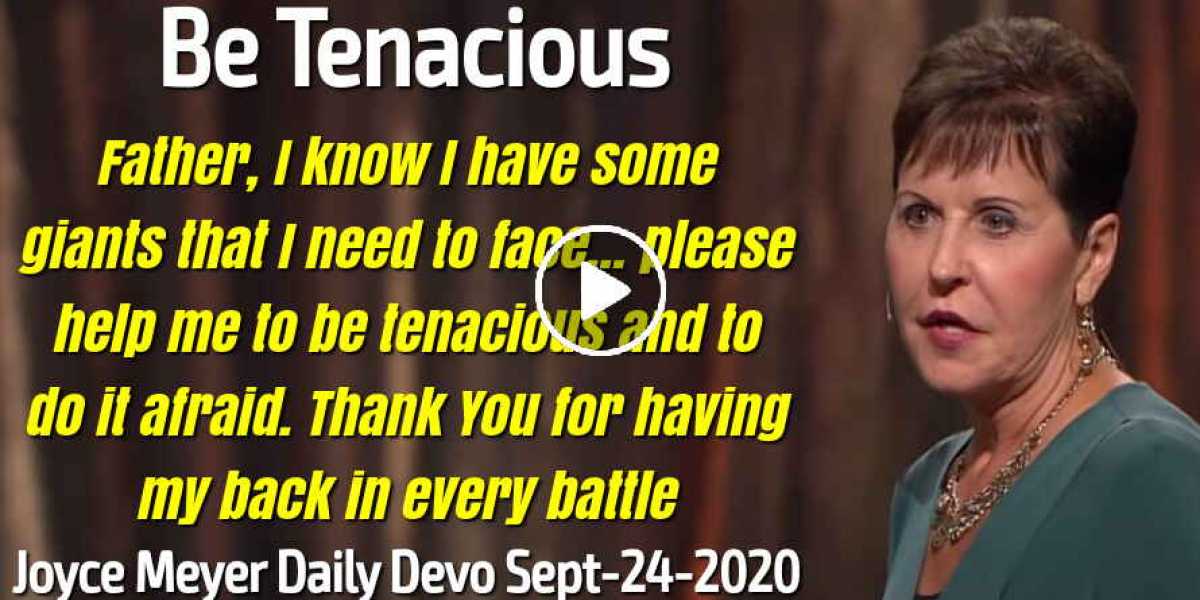