The story of Abraham amazes me no matter how many times I read it. It’s not just the birth of a son when he was a hundred years old. That alone is a miracle, but just as amazing is the fact that he waited twenty-five years for the fulfillment of the promise. He was seventy-five when God promised him a son.

I wonder how many of us would believe God and live in expectation for twenty-five years? Most of us probably would have said, “I didn’t really hear from God,” or, “Oh, I guess God didn’t really mean that,” or maybe, “I need to go somewhere else to get a fresh word from the Lord.”

Sarah and Abraham did have problems holding on to that promise. At one point, they tried to get what they wanted by having Sarah’s handmaiden, Hagar, bear him a son, but God later let him know that wasn’t the son He was talking about. I believe their actions delayed the arrival of God’s promised child.

In our impatience, we’re often tempted to take matters into our own hands. I say we get “bright ideas”—plans of our own that we hope God will bless. These plans almost always open the door for confusion and chaos, then their results must be dealt with, which often postpones our miracle.

When Moses came down from Sinai after having received the Ten Commandments from God, he saw the wickedness of the Israelites who had become impatient in waiting. Out of anger, Moses ended up breaking the tablets on which God had written the commands. Although Moses’ anger was totally understandable, it wasn’t initiated by God. Therefore, Moses had to climb Mount Sinai all over again and once more go through the process of obtaining the Ten Commandments. Moses may have enjoyed a momentary emotional release, but it cost him a lot of extra work.

Both of these stories are great reminders to do our part—hold onto hope and patience—as we’re waiting for God to do the part that only He can do. It can be unbelievably difficult to believe God and hold on year after year after year, but He’s promised that when we do, just like Abraham and Sarah received Isaac—their promise—after waiting so long, that we’ll receive a harvest if we don’t give up (see Galatians 6:9; Psalm 126:5-6).

Hebrews 11 is a powerful chapter about faith and the people of God who dared to believe His promises. Verse 6 says,

But without faith it is impossible to please and be satisfactory to Him. For whoever would come near to God must [necessarily] believe that God exists and that He is the rewarder of those who earnestly and diligently seek Him [out].

As I consider that verse, I can see how the enemy attacks this aspect of our relationship with God. He might say to us, “Yes, that’s true...but those were special people. You’re nobody. God won’t do anything special for you. Why should He?”

That is a complete lie—and one that too many of us easily accept. God loves each of us, and the Bible says He’s our Father. Any good father loves to do good things for his children, and so does God.

Let’s be brave enough to expect miracles. When we refuse to give up on God’s promises, eventually we will see the kind of harvest that only He can give.

Prayer Starter: Lord, please forgive me for the times I’ve lacked faith, or believed the enemy’s lies that I was worthless or unworthy of Your help. Thank You that I am worthy because You made me worthy. Please increase my faith; I’m trusting You to help me wait on You. In Jesus’ name, amen. 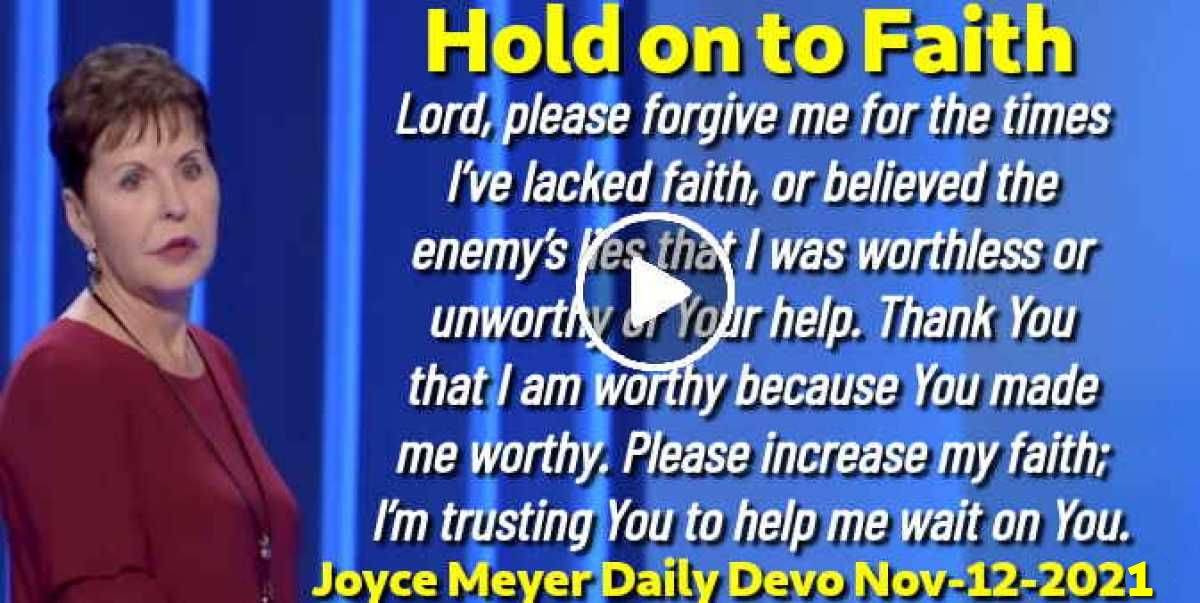