Watch FlashPoint Live Stream on the THE Victory Channel 2023, The Victory News on KCM

The Victory Channel is Live with Victory News! January 27 2023 11 AM Friday 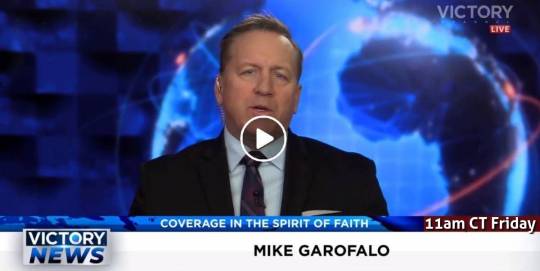 Watch Victory News! 11 am CT Friday The Victory Channel - Live Stream. Join us for news coverage in the spirit of faith!
Read more... 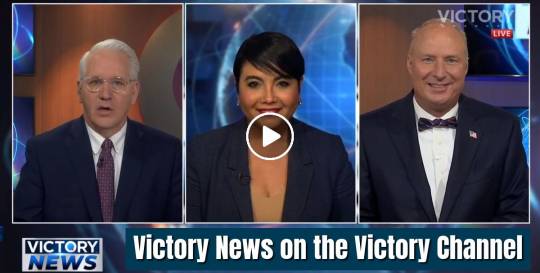 Watch Victory News! 4PM CST Friday on The Victory Channel - Live Stream. Join us for news coverage in the spirit of faith! That's the final Victory news for this week.
Read more... 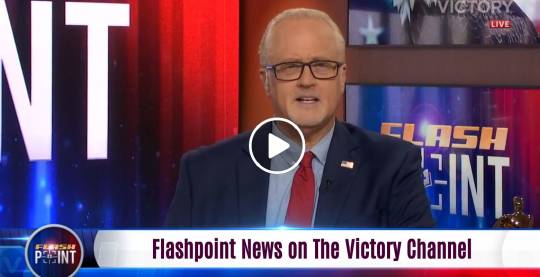 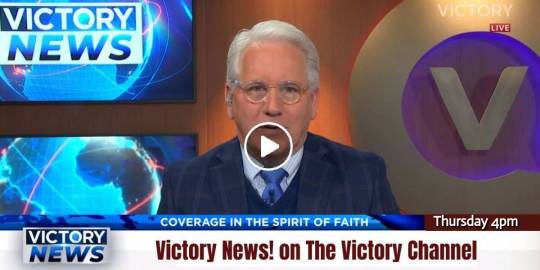 The Victory Channel is Live with Victory News! January 26 2023 11 AM CT Thursday 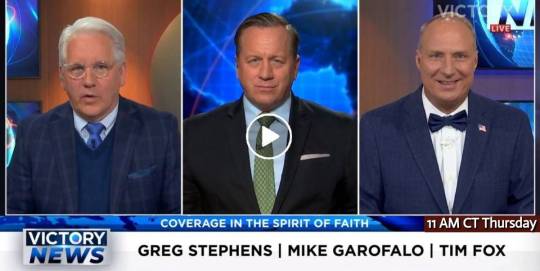 Watch Victory News! 11am CT The Victory Channel - Live Stream. Join us for news coverage in the spirit of faith!
Read more... 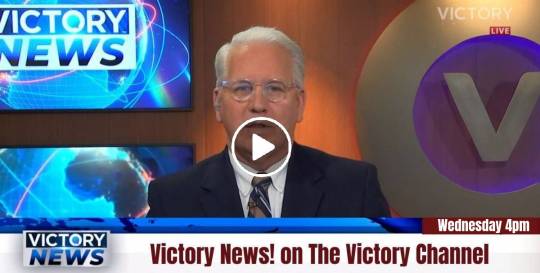 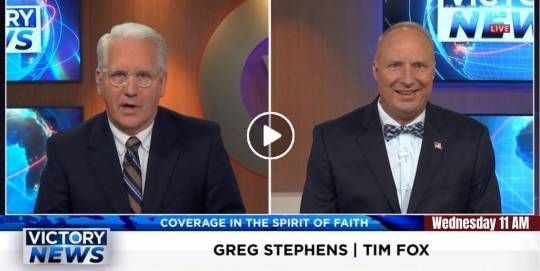 Watch Victory News! 11am CT Wednesday. The Victory Channel - Live Stream. Join us for news coverage in the spirit of faith! Don't miss today's Victory News live (from govictory news com) at 11am CT. Greg Stephens, Tim Fox are waiting for you to speak about the most important news…
Read more...
Page 1 of 41

Watch THE VICTORY CHANNEL Online, FlashPoint and The Victory News 2023

There is this thing that man must understand. Man is born (a product) of visions of a Mighty God and should live by visions. In 2015, God brought a new idea to Kenneth Copeland Ministries (KCM): to build a faith-based Christian television network unlike any other. It was the next step in fulfilling the call God gave to Kenneth Copeland in 1967 to preach the uncompromised Word of God on every available voice-from the top of the world to the bottom and all the way around the middle. Within months of this new idea taking shape, the Victory Network, formerly the Believer's Voice of Victory Network (BVOVN), was born. With on-demand technologies, preaching the Word takes on new meaning. Seven days a week, 24 hours a day, Victory Network's on-air and on-demand programming fills the airways with hope and healing from the Word of God. Victory Network is a non-profit, free-to-air television network made possible by Kenneth Copeland Ministries, its generous Partners and viewers. This is according to the victory channel.

From the beginning, Kenneth and Gloria Copeland wanted to allow other faith-filled, Spirit-led ministers to be part of VICTORY and share God’s Word with the world. They wanted viewers to learn the principles of faith, as outlined in Scripture, and how to apply those principles of faith each day. Today’s most trusted faith ministers are featured in our programming, such as Jerry Savelle, Jesse Duplantis, Creflo Dollar, Keith Moore, Bill Winston, Billye Brim, Rick Renner, Terri Savelle Foy, David and Nicole Crank, Gary Keesee and others. In addition, our lineup includes our own Believer’s Voice of Victory daily broadcast, as well as live streaming of KCM’s Believer’s Conventions and Victory Campaigns, as well as Eagle Mountain International Church’s services held on the grounds of Kenneth Copeland Ministries. Kenneth Copeland Ministries have made it possible to stream the live Sundays service, stream sermons and teachings online for free.

WHY SHOULD I WATCH AND STREAM THE LIVE PROGRAMS ON VICTORY CHANNEL?

VICTORY is a non-profit, free-to-air television network made possible by Kenneth Copeland Ministries, its generous Partners and viewers. The bottom line is everyone needs the gospel preached to them, and that’s what we are called to do. Through VICTORY, we are boldly broadcasting the truth of God’s Word to the World! Viewers from around the globe receive the training they need to grow in their faith, helping them to fulfill the call of God on their lives and declare to the world that… “Jesus is Lord!” At Victory Channel, a lot of Christian programs are broadcasted for the growth of the body of Christ. Some of the programs includes;

The channel is best know for the messages of faith, Grace , the love of God and Christian updates and news being broadcasted and are made available for live streaming. You can stream the activities of the victory Channel right here in this website for your own good.

About Flashpoint Live Stream 2023 on The Victory Channel!

The Victory Channel FlashPoint is a new interesting program of Kenneth Copeland`s Christian TV. FlashPoint based on a great idea to create non-profit and free-to-air television network for Christians.

FlashPoint host - Gene Bailey and his guests discuss about various issues, current events, miracles and prophecies in America. It gives us a lot of opportunities to watch and analyze how God`s power changes every sphere of society life. Special guests include Lance Wallnau, Hank Kunneman, Mario Marillo and other christian speakers.

Can I Watch Flashpoint on The Victory Channel Right Now On Demand (today)?

All the videos of Flashpoint are available on our website all the time. If you want to get notifications about new Today's FlashPoint videos - subscribe to our email sending and you will receive all the notifications directly to your inbox.
If today is Tuesday or Thursday evening - new Flashpoint News from Victory Channel is waiting for you!
On the other days there are lots of special Flashpoint Videos, Rebroadcasts and others.

When you can watch Victory Channel FlashPoint Live Stream? What time is Flashpoint News on?

Who is Gene Bailey?

About The Victory News

How can you watch the Victory News?

There are several ways to watch it:

When I can watch The Victory News 2023

Who hosts The Victory News?

How not to miss any issue?

All issues are available on Demand (Recent Episodes can be found on our website). Subscribe to the daily email newsletter and receive notifications of new issues directly to your email address.