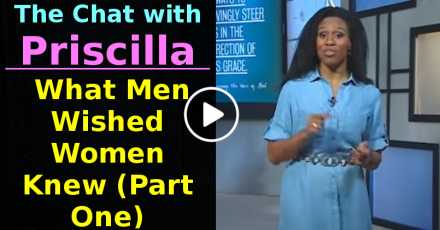 The Chat with Priscilla (September-18-2020) What Men Wished Women Knew (Part One). 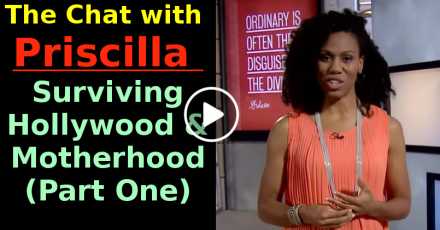 The Chat with Priscilla (September-16-2020) Surviving Hollywood & Motherhood (Part One).  A beloved actress, writer and speaker, Lisa Whelchel has captured the hearts of fans since she was thirteen years old. For nine years, Lisa starred as Blair Warner on “The Facts of Life” and went on to become a popular author and speaker. She continues to be in the spotlight and recently participated in CBS’s “Survivor: Philippines” hit series. Join P... 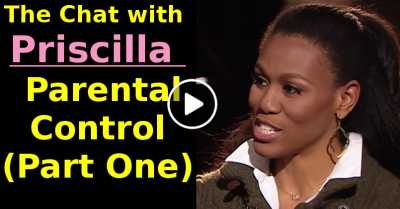 The Chat with Priscilla (September-12-202) Parental Control (Part One).  MacKenzie Baldwin, a normal teenager in Plano, TX, fell prey to a charming man on the internet who wooed her into a dangerous relationship where he almost convinced her to leave everything behind and flee to Kosovo to marry him. Her parents caught wind of her plans and in 25 days were thankfully able to stop her. While the internet isn’t itself bad, there are definitely d... 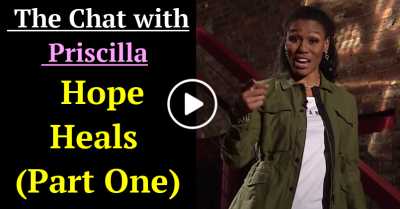 The Chat with Priscilla (September-09-2020) Hope Heals  (Part One).  In 2008, 26 yr old model, Katherine Wolf’s, life almost ended after suffering a massive brainstem stroke while her 6 month old son, James, was asleep in the next room. After a 16 hour surgery, she awoke unable to swallow, walk, speak, or see clearly and the chances of survival or recovery seemed impossible; However, she miraculously beat the odds and while Katherine’s physic... 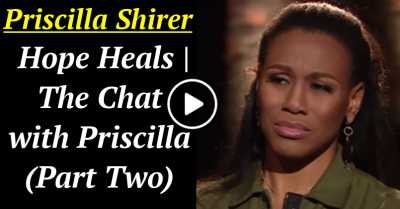 (September-04-2020) Hope Heals | The Chat with Priscilla (Part Two) .  In 2008, 26 yr old model, Katherine Wolf’s, life almost ended after suffering a massive brainstem stroke while her 6 month old son, James, was asleep in the next room. After a 16 hour surgery, she awoke unable to swallow, walk, speak, or see clearly and the chances of survival or recovery seemed impossible; However, she miraculously beat the odds and while Katherine’s physi... 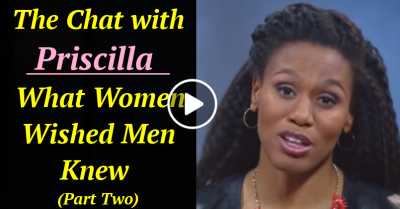 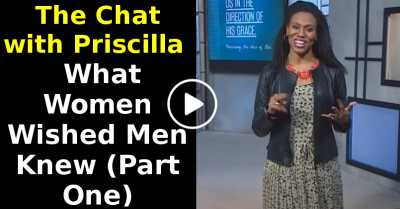 The author of popular bestsellers and the American actress chose her path for a reason. The thing is that Priscilla Shirer dad (Tony Evans) served and still holds the position of Christian pastor in the Bible community (USA). His influence didn’t leave the girl any other choice, and already while studying at the university she had an internship at a radio station. Sermons by Priscilla Shirer quickly gained popularity, and she realized that she had made the right choice.

In the process of active work, Priscilla tried her hand in acting, being an author of books and a preacher. The sermons by Priscilla C. Shirer help people find an opportunity to get closer to God and to live strictly according to God's rules. The preacher often speaks at various conferences and other events. In her sermons, she touches on many topics, so the audience’s interest in Youtube sermons by Priscilla Shirer doesn’t fade.

Priscilla Shirer as a pastor gathers thousands of listeners in front of their screens and in conference halls. However, first of all, she is a mother and a loving wife, who attracts attention due to the explanation of God’s messages. The first Priscilla Shirer Bible studies were conducted already in her early childhood, but officially she received the status of a preacher only after receiving her master's degree.

The author of popular books considers it her duty to convey information to those who want to change their lives for the better. Priscilla Shirer online services are available to all cultures and confessions, who want to understand the truth of the Scripture. During her sermons, the preacher discusses important topics with her followers:

In addition to preaching, Priscilla Shirer ministry established a special project. Nonprofit organization LifeWay helps thousands of women in difficult situations. All proceeds are redirected to the basic needs of the parishioners who are in a difficult situation.

You can watch sermons by Priscilla Shirer 2020 at any convenient time. There is no need to pay for access to videos, and this is a great advantage. Under the video, you can always find the answer to your question and chat with like-minded people. Information from sermon by Priscilla Shirer will surely make you think about the righteousness of your decisions, but it will also provide an opportunity to correct the situation, as long as you have enough time.

By subscribing to the newsletter, you will пуе access to new and archived sermons. Information on Priscilla Shirer latest sermon will be sent to:

In her sermons, Priscilla recommends proper literature that will help you draw closer to God and build a right relationship with Him. Priscilla Shirer 2020 program doesn’t end there, and the preacher continues to help everyone who wants to find a way to salvation.