Rick Warren (April-25-2022) Daily Devotional: God Still Has a Dream for You

“When he served as a sacrifice for our sins, he solved the sin problem for good—not only ours, but the whole world’s.” - 1 John 2:2 (The Message)

Your sin may seem like the end of the world, but it does not end God’s dream for you. Why?

Because Jesus already paid for all your sins.

They were paid for before you even knew God had a dream for your life. The Bible says about Jesus, “When he served as a sacrifice for our sins, he solved the sin problem for good—not only ours, but the whole world’s” (1 John 2:2 The Message).

Because God’s goodness isn’t based on your performance.

God’s goodness to you is based not on whether you deserve it but on the fact that he is a good God.

“He saved us, not because of righteous things we had done, but because of his mercy” (Titus 3:5 NIV). That’s called grace! And it’s all you need to accept the good things God wants to do in your life.

Because God’s calling and gifts are given unconditionally.

God has a call for each person’s life. He has called you to a certain dream and purpose. He has given you gifts to fulfill that calling—and they are given unconditionally. If you had to work for them, they wouldn’t be called gifts.

God’s dream for your life is still in full force. It doesn’t matter if you’ve been working on it for years, or you’re getting started on it a little later in life.

It’s never too late to get God’s dream.

Would you like to receive God’s forgiveness and start a new life with Christ?

God promised that for those who believe in Jesus, there is no condemnation. He sent Jesus to save you from your sin. His death on the cross paid for every wrong you’ve ever done or will do. And by sacrificing himself for your sins and giving you his righteousness, Jesus made it possible for you to have a relationship with God, the Father.

And the good news doesn’t stop there. God also raised Jesus from the dead, proving his power over sin and death. And that makes it possible for you to spend eternity with him in heaven.

If you’re ready to surrender your life to Jesus Christ, start by praying this simple prayer: “Dear God, I know I’m a sinner, and I ask for your forgiveness. I believe Jesus Christ is your Son. I believe that he died for my sins and that you raised him to life. I want to trust him as my Savior and follow him as Lord, from this day forward. Guide my life and help me to do your will. In Jesus’ name I pray. Amen.” 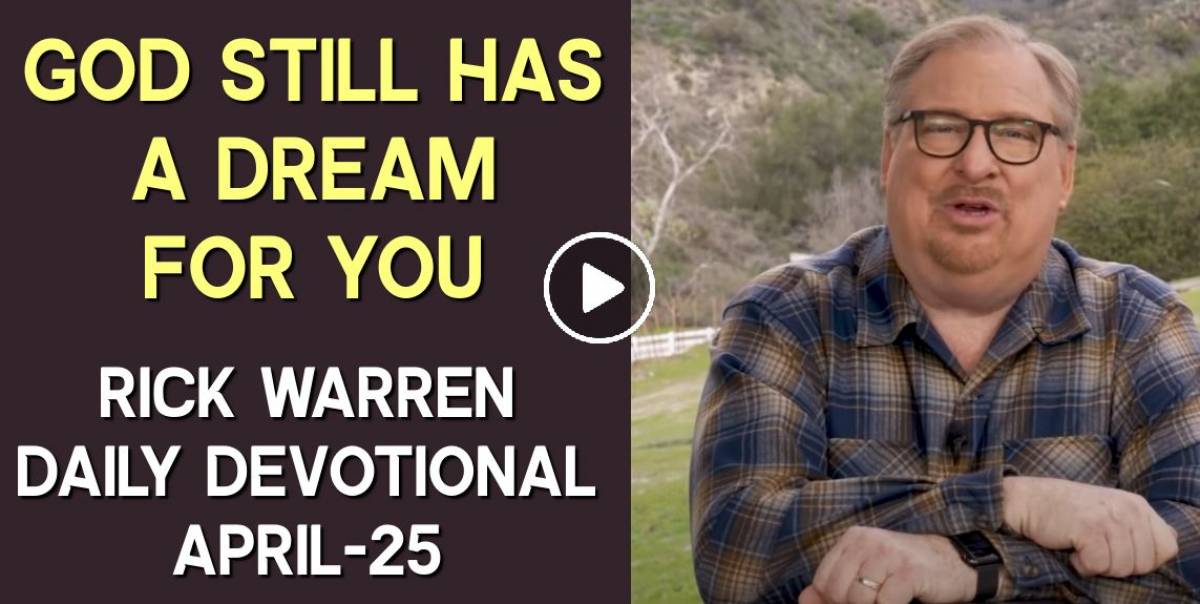 Rick Warren was born in San Jose, California and earned a Bachelor of Arts from California Baptist University, a Master of Divinity from Southwestern Theological Seminary, and a Doctor of Ministry from Fuller Theological Seminary. He and his wife Kay founded Saddleback Church when he was just 26 years old and he continues to serve as the senior pastor. To many, he is Pastor Rick, but to his church, he is Papa Rick—a voice of wisdom, hope, enco ...