About It's Supernatural! School of Ministry Sid Roth 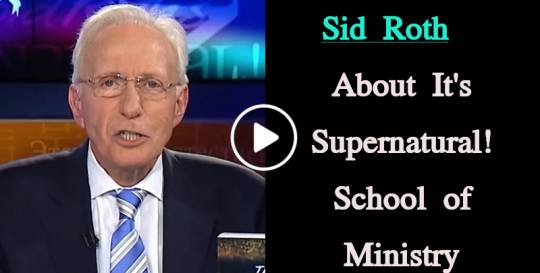 Sid Roth's It's Supernatural! - Sid Roth LIVE: Holy Fire & Glory! The Holy Fire and Glory is here! Join me May 23 at 5 pm ET as we partner with GEB America, Middle East Television (METV) and Inspiration TV to bring you a special LIVE event—Holy Fire and Glory!…
Read more...

Jesus Says "Look At Your Hands." His Next Words Wrecked Me… - Sid Roth's It's Supernatural! 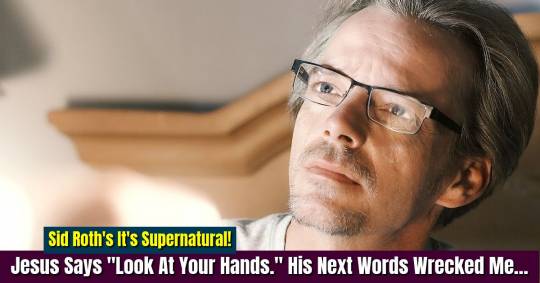 Watch Sid Roth's It's Supernatural! - Jesus Says "Look At Your Hands." His Next Words Wrecked Me… Jesus appeared to Larry Randolph. Then He spoke these powerful words...
Read more...

Are You Sick of Being Sick? It’s Time You Tried This! Sid Roth's It's Supernatural! 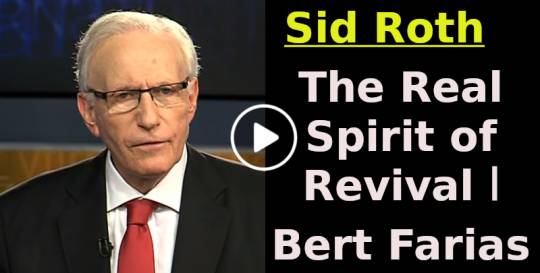 Sid Roth (November-30-2021) The Real Spirit of Revival | Bert Farias . Bert Farias says there is a diabolical plot to remove major sections from the Bible — a move that we don't even talk about today, which will cost us the power of God and, for some, even their…
Read more...

How to Position Yourself for Supernatural Wealth Transfer - Sid Roth's It's Supernatural!

Sid Roth's It's Supernatural! - How to Position Yourself for Supernatural Wealth Transfer. How can believers position themselves for the supernatural wealth transfer? Norm Franz shares financial principles from the Bible to take your finances from natural to supernatural!
Read more...
Page 1 of 182

The path to God can be really simple. This topic is covered in Sid Roth’s TV talk show. Watching its episodes, you will find answers to your troubling questions. Sid Roth online live stream is available to over 150 million people. You can join them!

Sid Roth “It's Supernatural” 2023 prophecy helps you get closer to God. Inspirational stories, real-life events, and famous guests are key components of his show’s success.

History of the show of Sid Roth's It's Supernatural

Sid Roth grew up in a traditional Jewish family but initially chose a path unrelated to religion. After the crush of his personal life and career, the former accountant got a chance to find his destiny, and after 20 years we are watching the Sid Roth live show.

He didn’t come to the idea of creating his own show immediately. For several years he hosted a radio broadcast. Meeting a colleague and encountering the supernatural in real life did their job. This is how Sid Roth “It's Supernatural!” show appeared.

Each episode covers a new story that happened with a guest of the studio. Sid interviews witnesses who have personally met God or have observed miracles in everyday life. The strategy chosen by the host has proven to be effective. The core of Sid's work is his desire to convince viewers of the existence of Jesus, the Jewish Messiah. True stories by real people help the best.

The episodes come out every week. Sid Roth talks about people’s amazing encounters with God. Such cases are not uncommon. Sid Roth videos tell how each of us can experience something like this.

Where to watch new and archived episodes?

Broadcasts of Sid Roth live today are available in several sources. You don’t need to pay for the episodes, because all videos are absolutely free. On the site, you can find Sid Roth episode issued this week or previous releases. In the comment section below the video, viewers can share their opinions. There you will find like-minded people.

Each episode features a new story and new recommendations for interested people. Both Sid Roth latest video and archived episodes are updated weekly, so you won’t be bored on this channel.