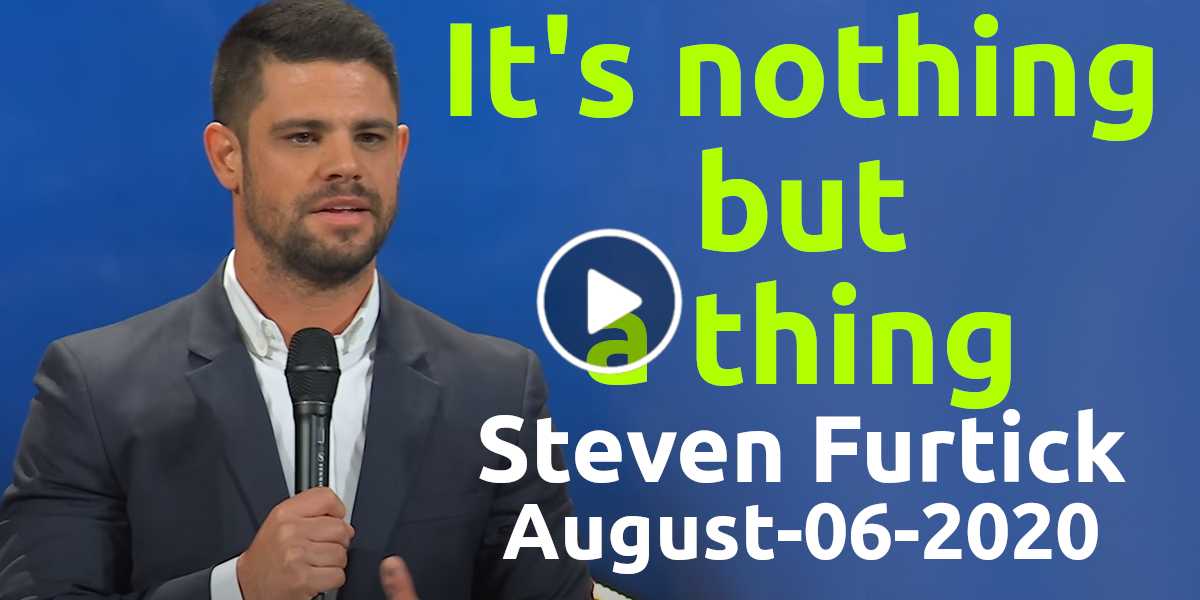 It's nothing but a thing - Steven Furtick Motivation (August-06-2020). Be anxious for nothing, but in everything by prayer and supplication, with thanksgiving, let your requests be made known to God. Philippians 4:6

"I was talking to a friend years ago. He spilled orange juice on his computer while he was on the phone with me one morning, but he was so calm about it. He said, "Oh, hang on a second." When he came back, I asked him what happened. He said, "I just spilled a whole glass of orange juice on my computer. It's not working anymore." I said, "And you're not using profanity?" He said, "No, it's nothing but a thing." This guy isn't a billionaire. He said, "If they can fix it, they fix it. If they can't, they can't. It's nothing but a thing." I thought, I want that. I think Paul is trying to get us to see here in Philippians 4, "Be anxious for no thing." Be concerned about the state of your soul. Be concerned about your children. Be concerned about God's work in the world. That's genuine concern. But when it comes to stuff, you have to learn to look at some things in your life and just say, "That ain't nothing but a thing." Steven Furtick From the sermon, “Brave The Waves”

Steven Furtick - the founder and lead pastor of Elevation Church.

Elevation Church was founded by Steven Furtick in 2006 in Charlotte, NC. And now, it is in top 10 most intensively growing churches. Initially, it consisted mainly of young people under the age of 32 years. However, soon, parents of the youth began to come to church, and then people from 40 and over. Now Elevation Church is a ch ...