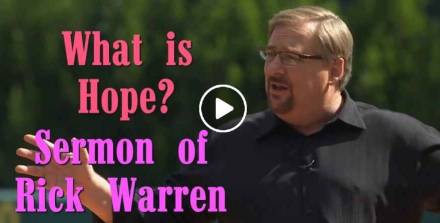 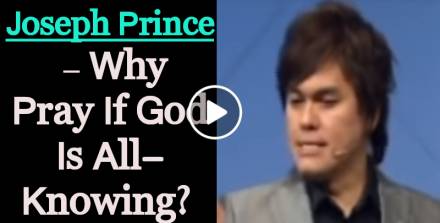 Joseph Prince (27-June-2010) Why Pray If God Is All-Knowing? If God is all-knowing and all-powerful, why does He still want us to tell Him our problems and remind Him about His promises? Surely God isn't ignorant or forgetful, is He? Get the answers in this heart-warming message by Joseph Prince. Find out how it is God's joy and delight when we talk with Him, especially when we call to remembrance His promises and His Son's finished work. Listen to this message today and take your relationship with God to a whole new level! 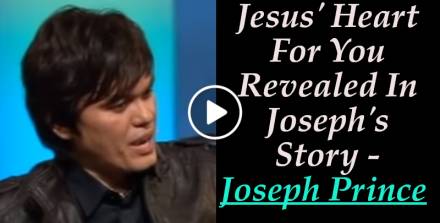 Jesus' Heart For You Revealed In Joseph's Story - Joseph Prince (21-Nov-2010). If there's an Old Testament character that best typifies Jesus, it is Joseph in the Book of Genesis. Follow this young man's dramatic story in this must-hear message by Joseph Prince, and be greatly encouraged as you see the unconditional love of Jesus for you revealed. Find out how His grace is greater than any mistake you have committed and greater than any lack in your life. You'll be strengthened as you learn how Jesus does not hold your sins against you, but draws you near to Him so that He can banish all your fears, regrets and anxieties!

Joseph Prince - The Truth About Ananias And Sapphira (28-Nov-2010). Ever had questions about the story of Ananias and Sapphira? In this must-hear message, Joseph Prince shares exciting truths from this story that reveal God's uncompromising protection over His people. Also, gain powerful insights into why you shouldn't live your life under a mixture of law and grace, and be blessed as you discover how you can tap into God's abundant provision when you live purely by His grace. Experience freedom, rest and an unceasing flow of God's supply as you learn how to step out of mixture and step into the realm of pure grace—the realm of miracles and breakthroughs!

Jesus - A Brother Like No Other - Joseph Prince (7-Nov-2010). Want to see God's grace and peace multiplied in your life? Join Joseph Prince in this inspiring sermon that is packed with revelatory truths. Through the biblical account of Joseph, see our Lord Jesus unveiled not only as a God of power and might, but also as our tenderhearted brother. Find out how He is working behind the scenes to work everything out for your good. As you begin to see His heart to protect, provide for and defend you, you'll begin to experience His favor, peace and blessings of protection and provision on a whole new level!

Joseph Prince - Speak God's Language of Faith (31-Oct-2010). Ever wondered what the language of faith sounds like? Join Joseph Prince in this exciting exposition of what God's language of faith is. Learn how, like God, you can speak good things into existence and see the miracles you are believing for manifest in your life. Understand the importance of acknowledging that you already have what you ask God for in prayer even when you still can't see or touch it. This powerful message will help you to receive the breakthrough you need as you begin to comprehend and speak God's language of faith!

Joseph Prince - Hope Never Disappoints - Have A Confident Expectation Of Good! (24-Oct-2010). Break free of the cycle of negative, defeatist thoughts and develop a confident expectation of God's goodness toward you every day! Join Joseph Prince in this faith-inspiring message as he shows you why you can have Bible hope, which unlike wishful thinking, is a confident expectation of good that will never disappoint. This message will encourage and strengthen you as you continue to trust God for and call forth your breakthrough. Change your circumstances by changing your expectations. Live life as a prisoner of hope and go from having lack to experiencing abundance! 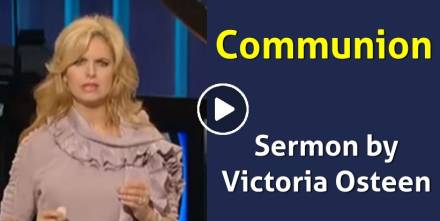 Victoria Osteen - Communion. Victoria Osteen teaches about the power of communion and the atonement of Christ's blood in our lives. Luke 22:19&20 (NIV, 2011) says, "And he took bread, gave thanks and broke it, and gave it to them, saying, "This is my body for you; do this in remembrance of me." In the same way, after supper he took the cup, saying, "This cup is the new covenant in my blood, which is poured out for you." We believe that as we take communion and remember the price Christ paid for us on the cross, that God can bring a fresh newness in our lives. Do you believe God can bring a freshness in your life? Maybe you're struggling in a marriage, or a mundane work situation; know this, God doesn't want us to walk with heaviness and settle for a mundane life. He wants us to walk in excitement and eager expectation. The price has already been paid! Because of Christ's sacrifice we can have healing, deliverance and an abundant life in Him. Because of God's grace, we don't have to carry the weight of our burdens any more. Every time you take communion and remember what Christ did for you on the cross and the price that He paid, you are able to walk in fresh newness and greater anointing with excitement for the days ahead.

Joseph Prince - Speak Out What You Believe In Christ! (17-Oct-2010). Want to see a change for the better in your circumstances? Then join Joseph Prince in this practical and enlightening message as he reveals the key to bringing in God's intervention and blessings into your situation. Learn how speaking what you believe in Christ causes His light to flood every dark situation and opens the door to receiving your miracle. Begin partnering your believing with faith-filled speaking and see the favor and power of God work for you and turn every negative circumstance around for your good! 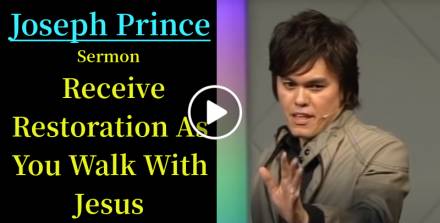 Joseph Prince Sermon - Receive Restoration As You Walk With Jesus (10-Oct-2010). Delve into a deeper, more exciting study of the Emmaus road experience the two disciples had with Jesus on resurrection morning! Join Joseph Prince as he takes you on a similar journey, uncovering one step at a time, revelatory truths about Jesus and His perfect sacrifice. The truths presented will bring forth restoration and rejuvenation as your heart is bathed in the warmth of God's love. Learn how as we see Jesus in the Word and talk about Him, the Lord Himself draws near to impart to us His truth, life, wisdom and strength. This is one journey you don't want to miss!

Are you with me? watch this, watch this, ok watch this. Everything is about restoration. Back to the garden, better than the garden of course. But the garden is a picture of the first day He appeared to Mary Magdalene right? And she thought He was a gardener. Because God made Adam a gardener. Restoration restoration, are you with me come on? The second Adam has come. Now, what is the restoration here? He took bread, blessed and gave it to them. Their eyes were opened! And they knew Him, and He vanished from His sight. Now the word "Vanish" means He was still there, but unseen by their physical eyes. Why? Because they knew Him already! It's accomplished! Once... the word "knew" is Epiginosko alright? Which is full knowledge.

I don't want to tell you.. You tell me the revelation.. Their eyes were opened. What has that got to do with the garden of Eden? Their eyes were opened! Garden of Eden come on... The tree of the knowledge of good and evil! They partook of the wrong tree. Here it says their eyes were opened they knew Him! Now let's look at Genesis 3. When the woman saw that the tree was good for food, that it was pleasant to the eyes, a tree desirable to make one wise, she took its fruit and ate. She gave also to her husband with her! Hey the dude was there! The man was there! Adam was with her. He wasn't somewhere picking smooth durians. He was there! And she gave it to her husband and he ate, then the eyes of both of them were opened. But what did they know?

The tree of life. That was their choice. God says, "Which tree will you partake?" To open their spiritual eyes. You want to go into New Age? You want to learn the Secret? Which is not The Secret? Because all secrets, true secrets is in Christ, who is the key and the treasures of God's wisdom and knowledge. Which one? Which tree will you choose? They chose the wrong tree and their eyes, their spiritual eyes were opened but opened to their nakedness.

To their lack. To their shortcoming. Are you with me? But here, back to Luke. Hallelujah. They knew not their nakedness, they knew Him. Full revelation... Hallelujah! And then after they realised they were naked, they heard God's voice. And what happened to them? They hid behind the trees, and they said, "I heard Your voice, and I was afraid." But look at the response, restoration. Look at the response. Verse 32. And they said to one another, "Did not our heart burned within us?" Adam and Eve became cold with fear, here their hearts burned with love for Jesus. They wanted to be in His presence. They want to enjoy Him even more. Restoration.