Victoria Osteen (November-12-2019) Sunday Sermon: A Great Leader is a Great Servant. In the scripture Jesus said, “if you’re going to be great in the kingdom of God you have to be a servant of all (Matthew 20:26).”

Victoria Osteen - Sermon: Your Promised Land (Move Forward). God has planted seeds of victory in your mind. When you meditate on His goodness, knowing that He is for you and has a good plan for you, those seeds will spring forth. You will see yourself as He sees you, capable of overcoming anything that stands in your way!

Victoria Osteen (November-05-2019) Sunday Sermon: God's Wisdom. We make decisions all day long. Sometimes they can be overwhelming. You may be standing at the threshold of a decision today. The Bible says in James 1:5, "If any of you lack wisdom, let him ask God for it." He'll give it to you generously if you believe. 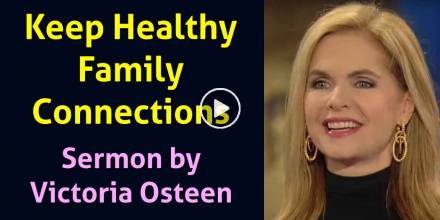 Keep Healthy Family Connections - Victoria Osteen (October-22-2019) Sunday Sermon. When you invest time and energy into your family, you're setting your family up to win. 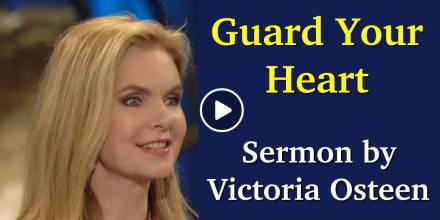 Guard Your Heart - Victoria Osteen (October-15-2019) Sunday Sermon. Our lives follow the direction of our thoughts. Not every thought that comes to mind is positive. Some thoughts are destructive if we dwell on them long enough. We need to recognize which thoughts are dragging us down and guard our hearts against them.

Develop Self-Control To Rise Higher With God - Victoria Osteen, sunday sermon (October-08-2019). I get excited whenever I think of all the potential God has put inside each of us. We all have the capacity to grow and produce more than we’re producing right now. We all can do more for God. We have so much more inside us!

Keep The Right Perspective - Victoria Osteen, Sunday Sermon (October-01-2019). We all want to live an extraordinary life, but do we realize that extraordinary begins with who we are? God says you are His masterpiece, an original creation. Only you can do what He has called you to do. Stay faithful. God is preparing you for an extraordinary future!

Encourage Yourself - Victoria Osteen, Sunday Sermon (September-24-2019). I hope you’ll take a moment to read David’s story in 1 Samuel 30. He had just suffered the worst defeat in his life, and the men in his army were threatening to stone him. At his lowest point of discouragement, with everyone against him, the Scripture says David “encouraged and strengthened himself in the Lord his God.” He rose up, inspired his men to fight again, and they defeated their enemy.