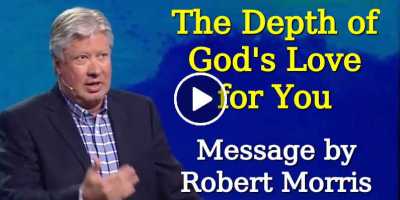 Joel Osteen (May-26-2020) Sermon: God Loves Imperfect People. God loves and uses imperfect people. We all make mistakes. But because Jesus died and rose from the grave, every mistake we will make or ever make has been paid in full. Don't let shame and guilt keep you from receiving God's love any longer. Psalm 103:12 (NIV) says, "As far as the east is from the west, our sins are removed from God's memory." Since God has removed them from His memory, it's time we do the same and move forward with God and receive His love and mercy. You may have made mistakes, but God still believes in you, loves you and has an amazing future in store. Keep your heart toward God, and He will show Himself strong on your behalf! 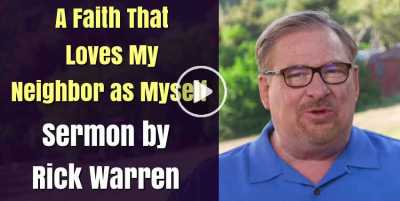 Rick Warren (May-24-2020) Sermon: A Faith That Loves My Neighbor as Myself 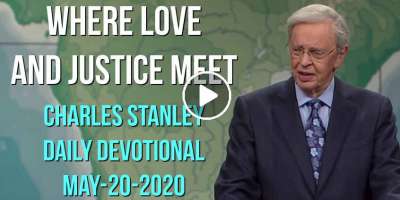 Charles Stanley (May-20-2020) Daily Devotional: Where Love and Justice Meet.

The Lord can’t have a dilemma, but if He could, it would be this: How can a loving God justly forgive sinners? Although God loves the people He created, He can’t ignore, excuse, or arbitrarily forgive their transgressions, since His justice demands that sin’s penalty be paid.

The solution was the cross, where divine love and justice met. Because God loves us, He sent His Son to earth to shed His precious blood on the cross in payment for our sin debt (Rom. 6:23). Since only a sacrifice without defect was acceptable (Lev. 22:20), Jesus alone qualified: As God in human flesh, He was the only person who ever lived a sinless life. At the cross, our sin was laid on Him, and He died in our place. This satisfied the Father’s justice “so that He would be just and the justifier of the one who has faith in Jesus” (Rom. 3:26).

From our perspective, salvation is a free gift offered to everyone who confesses Jesus as Savior and Lord. However, for the Son and the heavenly Father, it was a very costly transaction. Therefore, we should never take our salvation for granted or think lightly of it. This gift is our most precious possession.

Bill Johnson (May-15-2020) Sermon: The Love Of God. “God loves us because it is His very nature to love. God loves us no matter what!” 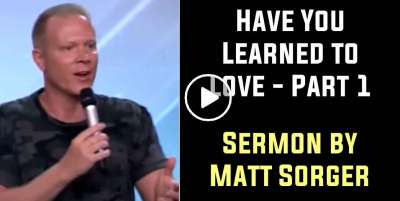 Increase Your Love During Trials - Kenneth Copeland (May-11-2020) 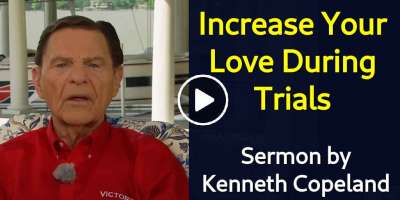 Kenneth Copeland (May-11-2020) Sermon: Increase Your Love During Trials. Don’t let isolation take a toll on your love walk! Join Kenneth and Gloria Copeland on Believer’s Voice of Victory as they explain why guarding against strife is the key to seeing victory in trying circumstances. Increase your love during trials, and watch your faith go to work! 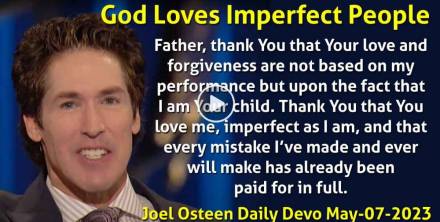 TODAY'S SCRIPTURE: “While he was still a long way off, his father saw him and was filled with compassion for him; he ran to his son, threw his arms around him and kissed him.” Luke 15:20, NIV

TODAY'S WORD: Most of the time, we believe that God loves us as long as we’re making good decisions, resisting temptation, and treating people right. But there will be times when you compromise, times when you have doubts, times when you fail. When we don’t perform perfectly, it’s easy to think that God is far from us.

I say this respectfully, but sometimes religion pushes people down. It says, “If you make poor choices, you’re on your own.” But the truth is that when you fall, God doesn’t turn away from you. He comes running toward you. When you blow it, God doesn’t say, “Too bad. You had your chance.” Rather, He comes after you with a greater passion. When you make a mistake, God loves you so much that He pursues you. He won’t leave you alone until He sees you restored and back on the right course. That’s the mercy of God coming after you. God loves imperfect people.

PRAYER FOR TODAY: “Father, thank You that Your love and forgiveness are not based on my performance but upon the fact that I am Your child. Thank You that You love me, imperfect as I am, and that every mistake I’ve made and ever will make has already been paid for in full. In Jesus’ Name, Amen.” 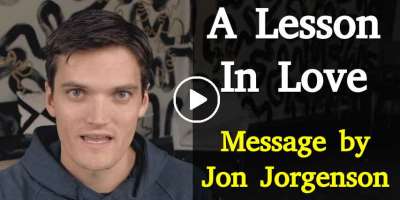 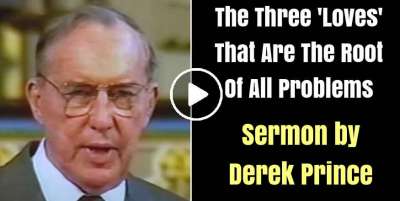